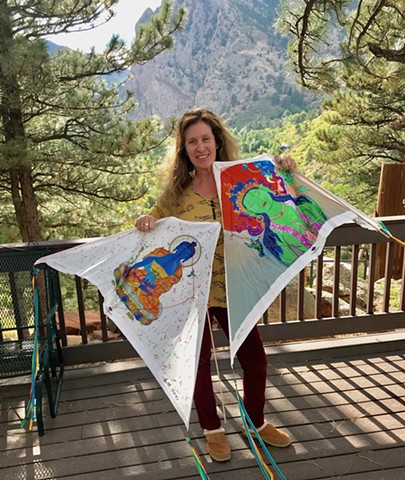 2016: One of my Buddha Woodblocks is featured full page in the November Lion's Roar Buddhist Magazine http://archive.lionsroar.com/#folio=52

May 6 to July 9, 2016 Wood Fiber Ink I have two woodblocks in this show: Donkey Mill Art Center (DMAC) is proud to announce our 1st Biennial Juried Statewide Exhibition 2016, WOOD INK FIBER, open to artists working in Hawai’i in the medium of woodblock printing. This exhibition will be featured at DMAC. http://www.donkeymillartcenter.org/

Invited to join Dakini as Art, dakiniasart.org, an International Women's collective of a dozen European, and North and South American women with a background in traditional Tibetan thangka painting.